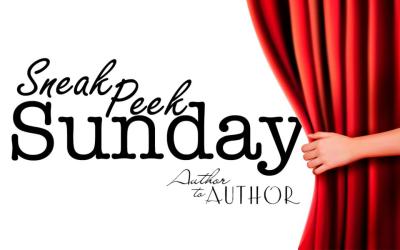 Lily is one of only three vampires in known existence. After falling in love with a human, sexy and talented musician Ian, she realizes their love is putting him in mortal danger. She flees from her life in Boston to the solace of her frozen waste land.

As her past continues to haunt her, Ian seeks out the only family Lily has ever known. Becca introduces Ian to a world he never thought possible as they embark on a search for Lily, starting in the bowels of a mysterious company called The Manchester Group.

Will Ian and Becca find her? Or will the reemergence of a long lost love take a hold of their future?

“Did you know the Ahbmonites had resurfaced?”
If Lily could have gone any paler at that moment, she would have. Flashes of the man with jet black hair and pure blue eyes flooded her mind. The small symbol on the inside of his wrist burning its way into the permanent recesses of her brain.
“I wasn’t sure, but I guess you are telling me they have.” Lily lolled her head to the side, cupping her jaw with her hand propped up on the arm of the chair.
“They called him Liam, if that helps,” Renee spoke up cautiously, obviously realizing the severity of the situation.
“I never knew his name, but I felt it – the pull that Martin told me about. It scared the hell out of me, if I’m being honest. Once I realized what was happening, I got out of there as fast as I could.” Ryan gently began massaging her shoulders in attempt to ease the tension of the conversation.
“Well, this guy is one of them, markings and all and he has Becca, Sam, and Ian.”
Lily sat straight up in her chair. “What! How?!”
“An Anarcori. Remember that little gold box with the red orb that was lost in the twenties?” Lily nodded. “He’s got it and he knows how to use it. I don’t see how he can be alone on this one.”
“Hold on just a moment.” Ryan came around the side of Lily’s chair to face her. “What exactly is an Ahbmonite and why would he take your friends?”
Lily looked to Abe for any sort of explanation, but he had none. She then rose from her chair and pushed Ryan down into it.
“There are so many legends about how vampires came into existence; some even saying that Judas Iscariot was one of the first, after his transgressions with Jesus of Nazareth.From all that I learned from my sire, Martin, the line we come from started long ago in Jerusalem.” Lily took a deep unnecessary breath before moving on.
“According to Martin and all the books that we have held over the years, the Ahbmonites were basically food for a quartet of vampires. The four, all males, found the odd race of humans fascinating. They were drawn to them unlike any other human, not to kill them but for them to nurture each other. The vampires fed from a type of blood they never had tasted before and the Ahbmonites acquired vampire traits strengthened in them with each feeding. When their human bodies could no longer handle the vampire traits, they were either killed or turned. After a few centuries, the families began branding their children with the mark of the black flame. Martin’s sire was one of the Ahbmonites, but he believed that it was time for their race to end. Stop using humans as cattle and learn to live off the blood of animals. That fight eventually led to the practical extinction of the vampire race. Now, only three of us remain.”
Ryan held out his hand in invitation. She took it and snuggled into his lap as visions of blue eyes and black flames raced through her mind.
“He took them to use as leverage against you?” Abe looked up at Lily as her gaze met his.
“I’m not sure of any other explanation. If this Liam is the same man I encountered in Las Vegas, he knew all about me and wanted to be my companion.” She felt Ryan’s hand moving up and down her spine attempting to soothe the strained muscles.
“So, you drank from this guy and now he’s got some vampire traits, enough that he could take all three of them?” Renee inquired.
Lily turned to Ryan and nodded shamefully. “I’d never felt that kind of pull ever in my existence as a vampire. It was truly some sort of biological connection, like somehow we were made for each other. As though our existence depended on one another.”
“What now?We just sit around and wait for him to call?” Renee was full of questions, yet all completely relevant.
“I’d need to get to Martin’s library. All of his books are stored there. It’s just outside of Reading.”
Renee straightened up in her seat. “You mean the Reading that’s in the UK? I’ve never been to the UK.”
“Looks like today’s your lucky day.” Abe took Renee’s hand, lacing his fingers through hers before patting her hand.
Author Bio

Lindsey Gray dreamed of several different careers as a child. On the short list were doctor, chef, and actress. None held her attention as much as putting pen to paper and creating her own world through words. Since 2010, she has published three novels and one short story with The Writer’s Coffee Shop Publishing House. In 2013, she went on her first self-publishing adventure and produced her novella, Fireworks, and joined the ranks of Renaissance Romance Publishing with their winter anthology, Melting the Snow.

A mid-west native, Lindsey enjoys spending time with her husband and two children,rooting for the Green Bay Packers, reading whatever she can get her hands on, and making life interesting at every turn.

Find Lindsey Gray
Blog / Facebook / Twitter / Amazon / Barnes & Noble
Giveaway
In celebration of Redemption‘s third anniversary and Armchair Book Expo of America, Lindsey Gray is giving away an eBook copy of Redemption and a $10 gift card from Amazon or Barnes and Noble.