Sneak Peek Sunday ~ The Land of the Shadow by Lissa Bryan

The Land of the Shadow is due to be released on August 21. It’s the second book in the End of All Things series, but you don’t have to have read the first book to enjoy it. The third, and final, installment will be released next spring. 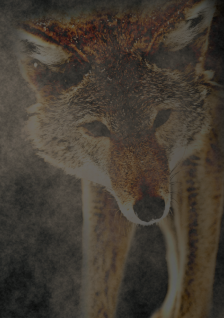 After surviving the Infection and a perilous journey through the wasteland that was once the United States, Carly and Justin have found a safe home in the isolated town of Colby.

Even so, balancing the duties of survival and a growing family isn’t easy. As they emerge as leaders, they face difficult questions about justice in a lawless land, basic human rights, and freedom in a world where strength defines worth. More than ever, they have to rely on one another for strength and support during the darkest of times.

The Crisis is far from over. Their fences won’t keep the world out forever, and a new threat is emerging—a gang of predators who see the town as easy pickings. When danger looms over Colby, Carly must decide how far she’ll go to protect those she loves.

It’s a journey down the long and broken road through The Land of the Shadow.

Carly held up her hand to indicate Kaden should wait. He nodded. She motioned for him to crouch and pause a few seconds before he followed her. He held up an okay sign to show he understood. To her right, Pearl crept forward, her steps as silent as a cat’s.

Carly took deep breaths to slow and steady her breathing. She forced her muscles to relax and tried to find that cool, calm center. Justin had helped her to learn meditation over the winter, and she used its techniques now. She was ready.

She pushed the door open and scanned the large room, her eyes darting around to take in the gloomy interior of the warehouse. She listened carefully, hearing silence save the sound of her own slow, deep breaths.

Inching forward, Carly picked her way from object to object, staying behind cover, clearing the room bit by bit. She heard Kaden’s soft steps behind her, Pearl on their right flank, silent but visible from the corner of her eye, and then the rest of her team, one by one. At the tail end of the group was Veronica. Carly had objected to it at first, but Justin grumbled that the kid was going to get herself killed if they didn’t include her. 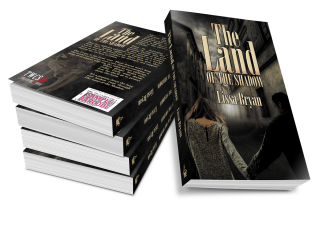 The doorway at the end of the room led to a catwalk that rimmed the sides of a three-story machine room. Cautious, Carly stepped onto the metal frame and scanned the room below before motioning her team forward. Far too late, her eye caught movement on the catwalk above her, and the gun went off before she could even call out a warning.

“Youch!” Carly yelped as the paintball exploded against her arm. Kaden and the others fell back, taking cover behind the crates as Justin’s team swarmed them from the stairs.

“You didn’t look up,” Justin said as he vaulted over the railing and swung down to land beside her.

“Yeah.” He looked at the orange splatter on her black shirt. “That shot would have taken off half your arm, and you’d be too busy trying not to bleed out to join the fight. But we can play it with you as a hostage if you want.”

“No, I think we’re done.” She heard Kaden yowl as a paintball hit him and the clatter of the guns as they fell from her surrendering team’s hands.

Justin’s team always won, but every player was improving. And he alternated teams so everyone got to be on the winning side once in a while as they learned defense and attack strategies. Last week, they had tried to take the Wall. It had ended in a “paint-bath” as Justin called it. Carly still hadn’t gotten all the orange dye out of her hair.

Her team shuffled forward, all of them scowling. They all wore black shirts, like Carly’s, splotched with paint splatters. Justin’s team wore pristine white, trying to smother victorious grins.

Everyone wore goggles or eyeglasses with plain lenses, taken from the local optometrist’s sample wall, and a helmet. Carly wore the blue bicycle helmet Justin had given her when they first started out from Juneau, but the others were alternately wearing football helmets, hard hats, and a couple bicycle helmets of their own, scavenged from town. The only one Kaden could find that fit him had Hello Kitty on it, so Justin had traded it for his blue one, plunking the pink and white thing on his own head without a word. Kaden hadn’t said anything, but he’d looked very grateful. Later, when Carly mentioned it, he simply shrugged and said, “You know how kids are.”

Yes, she knew how kids were, but at this point, she’d almost welcome teasing. It would be a sign the kids were adjusting, returning to normal. After more than a year on the road, being settled for a few months in Colby hadn’t given them back their equilibrium. Most of them had an aged solemnity, miniature adults with too-wise eyes.

Pearl’s motorcycle helmet had the Harley-Davidson logo on it, and Carly shook her head with a wry twist of her lips when she saw it. Of course it did. But then again, Pearl could wear the Hello Kitty helmet and make it look badassed. 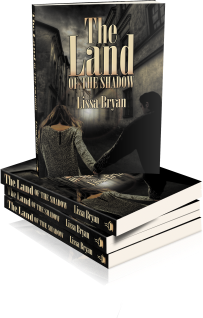 “Great job, everyone,” Justin said, clapping both teams on the back as he headed into the center of their group. “All right, let’s go over the mission . . .”

Before dispersing, they discussed what had gone right and wrong with the attack and what they had learned from it. Afterward, Kaden went off with a small group of young men who were going to try to use the slingshots Justin had introduced to them to catch frogs. Kaden loved fried frog legs, but they were often too fast for the unskilled hunter to catch with nets and Justin wouldn’t waste ammo on them.

Carly lingered with Justin until everyone had gone and helped pick up the rest of the stray equipment left behind. Justin headed for the door and she just couldn’t help herself.

“Ouch!” Justin jumped and whirled around, clapping a hand to his backside. He drew it away, covered in orange paint. “Did you just shoot me?”

Carly nodded, fighting to keep a grin off her face and failing.

Justin grinned, too, but he lowered his head and stared up at her with those dark eyes sparkling with wicked intentions. “I’ll give you a ten second head start.”

Her heart pounding already in anticipation, Carly spun around and took off. She had learned a lot in the last two years, and she was fast. It took a while for Justin to catch her, but oh, when he did . . .

Available to pre-order from:

Praise for The Land of The Shadow:

“What a ride! Carly and Justin are people that I’d like on my side, and on the side of my community. I highly recommend this to anyone who wants a story that will keep you glued to your reader or flipping pages in a paperback just as quickly as you can.” –Kathie Spitz

“Anyone who read my review of The End of All Things knows I loved the first book in this series. Lissa Bryan is a very talented story teller and has a way of pulling the reader in and making them care about her characters in a way I’m sure she does as well.

I was really looking forward to this one. Justin and Carly where just one of those couples I could never really forget about so I was excited to see where their journey had taken them.” –Passion for Pages 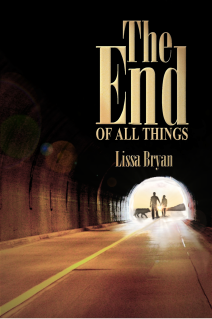 If you haven’t already, check out The End Of Things Book I

Available from: Amazon, Kobo, Barnes and Noble, and TWCS PH 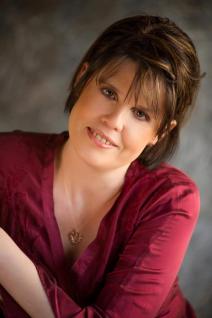 Lissa Bryan is an astronaut, renowned Kabuki actress, Olympic pole vault gold medalist, Iron Chef champion, and scientist who recently discovered the cure for athlete’s foot…though only in her head. Real life isn’t so interesting, which is why she spends most of her time writing.

She is the author of three other novels, Ghostwriter, The End of All Things, and Under These Restless Skies.

Connect with Lissa Bryan on: